The Bristol Guild brought opportunities to disabled people for around a century until it finally closed in the 1980s. One of the interesting aspects of the new exhibition (at MShed until 15th April 2018) is spotting some of the almost unconscious assumptions that shaped it over decades.

Its full original title ‘The Guild of the Brave Poor Things’ is no longer language we find acceptable and sits uneasily with us, but it was just as unpopular at the time with many people. On 22nd September 1905, the Guild’s minutes note: 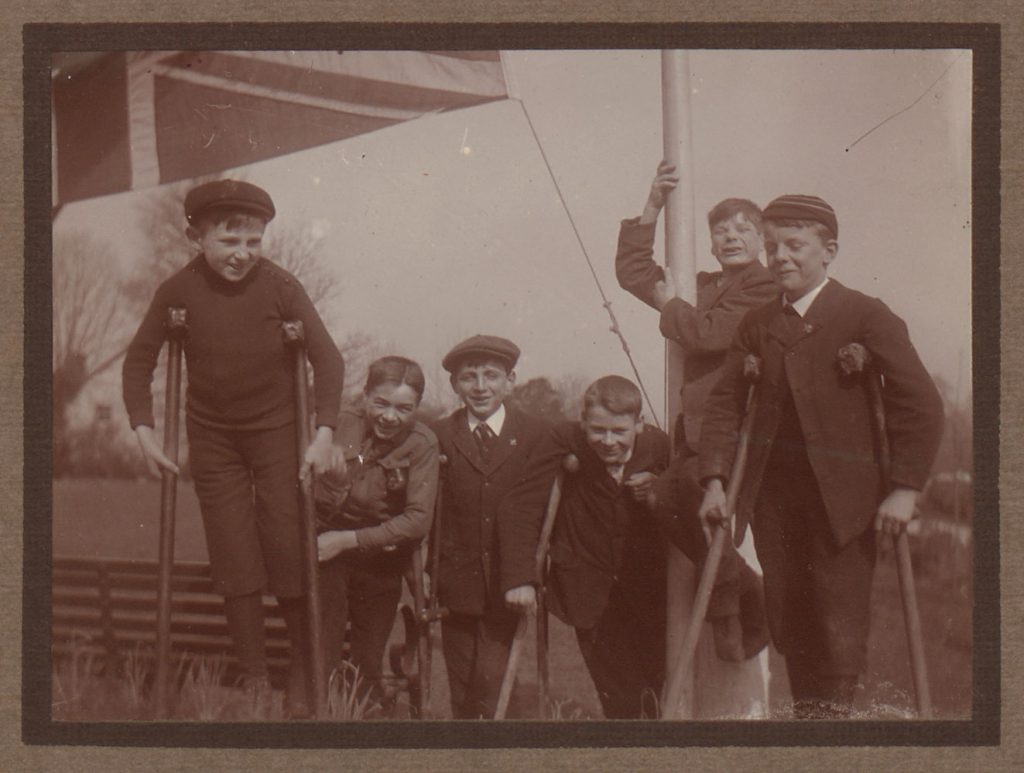 Boys at the Guild holiday home in Churchill, Somerset

“There was a short discussion of the advisability of changing the name of the Guild. Many people, outsiders and strangers especially, much disliking the members being termed Poor Things. It was thought also that the Apprentices would especially object to it. One or two names were suggested such as Masters of Fate, Guild of Courage, but they did not meet with approval”.

It took at least twelve years for the committee to take notice of complaints – eventually it became the ‘Guild of the Handicapped’. But the willingness to empower Guild members, but not to a point where they could actually sit on the committee or steer the policy of the institution themselves was something which had long term consequences.

In 1931, Guild members were rejected from the committee, with the minutes noting:

“it was felt that by visiting and friendly talks, suggestions are already being got from Guild members, and that probably more constructive help was procured in this way.”

The Guild declined in the 1980s at a time when disabled people were determined to protest for their rights and form their own groups rather than gratefully live within the boundaries chosen for them by others. Its final closure was in part because through many decades the Guild committee – which had creatively made so many far sighted choices – could not take the final step of letting go, and allowing Guild members to take control of their lives.