In 2013, the University of the Third Age (U3A) carried out a study in collaboration with Langdon Down Museum “to augment its historical database on how Normansfield operated and the people it cared for.” History of Place has been granted permission through the generosity of U3A and Langdon Down Museum to reproduce some of the results of that research. This is the third of those case studies, and the first taken from the later years of Normansfield Hospital, up until its closure in 1997. The text below is taken directly from the U3A research pages of the Langdon Down Museum of Learning Disability website. 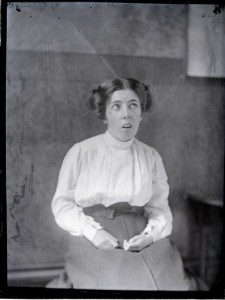 Dorothy (known as Dolly) was born 30 May 1890 at 30 Bassett Road in Notting Hill Gate. She was the youngest child of Horatia and George Broke Freeman and the only girl. Her family were well to do; her father was a barrister, and her four older brothers were all well educated and went on to professional occupations. It appears that Dolly lived at home with her family until she was nine years old and was admitted to Normansfield in September 1899.

Though we don’t have her admission papers we know from the hospital register that she suffered from epilepsy and had multiple seizures. She also had muscular paresis which is muscle weakness and she was classified as an “Imbecile”, but not a “congenital  idiot”. It appears that she had very little language and her communication deteriorated in later life. 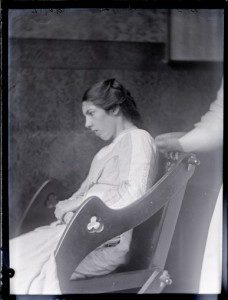 Most of the information which we have is through hospital diaries and letters that her parents wrote to the Langdon Downs. Dolly’s mother was in very regular contact with the hospital by letter and expressed her worries about Dolly’s health. She expressed great concern about Dolly’s welfare and wanted to make her life at Normansfield as comfortable as possible. Mrs. Freeman wrote about Dolly’s difficulties in walking and the number of seizures she experienced. She also discussed Dolly’s medication and was worried that bromides did not agree with her. Bromides appear to be a much used treatment of epilepsy at that time. She described very poignantly how much Dolly meant to her. Many of the letters also referred to Dolly’s clothes and wanting her to be well dressed. Mr. Freeman’s correspondence with Normansfield was mainly about paying the hospital fees though he did communicate with the hospital when Dolly had an accident there and the explanation of how it happened was not clear.

Dolly’s parents visited her at Normansfield but it is unclear how often this would happen. Visits were often cancelled because of bad weather. Getting to Hampton Wick from Notting Hill seemed to be difficult at the end of the 19th century and access didn’t appear to improve when the family moved to Richmond Hill which was considerably closer. Dolly did spend some holidays with her family and Normansfield provided a nurse to accompany her on these visits. 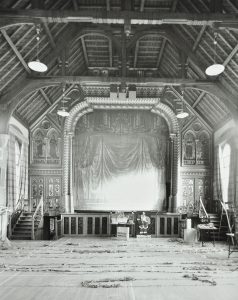 Dolly went on excursions with other Normansfield residents to the seaside. She had outings to the local parks and also attended the “entertainments” in the theatre when she was well enough.

The records show that Dolly remained at Normansfield for the rest of her life. She died the 14 December 1920 at the age of 30. Her cause of death is recorded as pyrexia (fever) of unknown origin. She had suffered from influenza for 6 days previously.

While the first two case studies, those of Ida Page and Robert Belchamber, might be seen as representing some of the early failings of Normansfield Hospital, that of Dolly Freeman casts the institution in a more positive light. This may partly be down to the caring nature of Dolly’s parents, particularly her mother,  but there are also examples of the hospital attempting to adopt a more holistic and pastoral approach to care, such as the the seaside and theatre trips. In the last three of these case studies we will see more examples of the way Normansfield helped pioneer a new, more humane method of caring for people with learning disabilities than had been seen before.